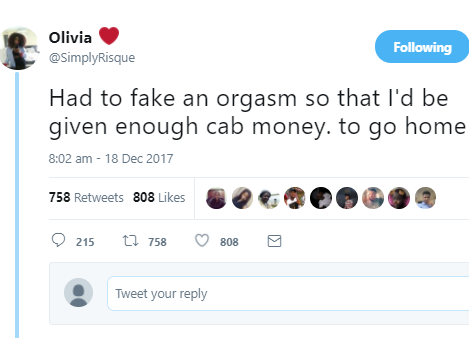 Lol. A lady went on Twitter to tell her followers about her sexcapades, forgetting that social media has made the world smaller.

She said she had to fake her orgasm so she’ll be given enough cab fare to go back home. Shortly after she shared the tweet, the guy she had sex with sent her a message letting her know he saw her tweet so he knows what she did. 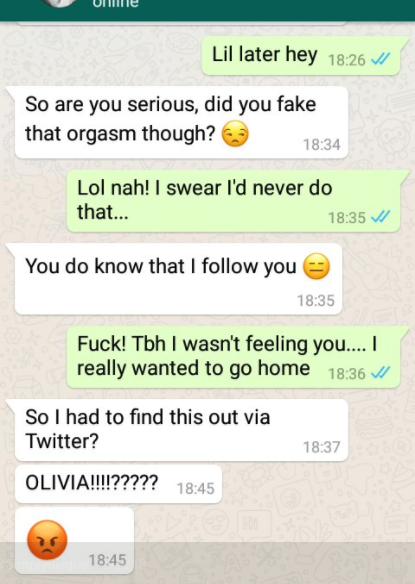