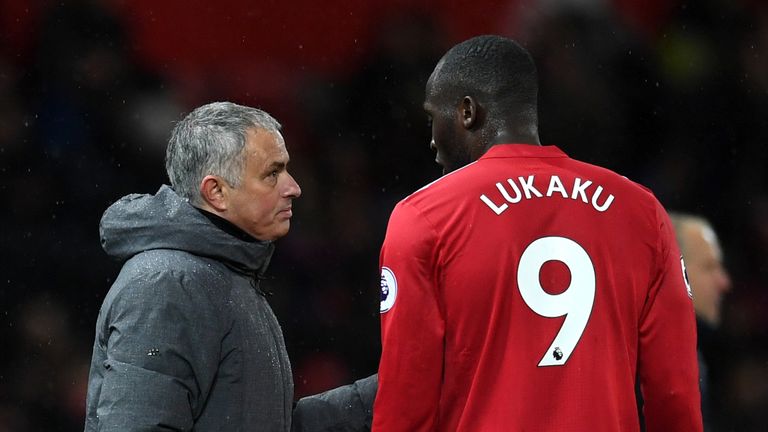 The 24-year-old summer arrival began the season in sparkling form, finding the net in every game he played in for Belgium and United, bar one, from August 8 to October 10.

However, he has scored just once in United’s last 11 matches and ahead of Saturday’s Premier League trip to Arsenal, Mourinho was asked if Lukaku’s state of mind was a concern.

“No, he’s going to score soon,” the United boss said.

“No problem. If it’s Saturday, if it’s Tuesday, it’s it next week, I don’t know. But he’s going to score soon and no problem at all.”

Since his £75m signing from Everton in July, the pressure has been mounting on Lukaku to deliver and Gary Neville believes the Emirates is the perfect arena to reignite his campaign.

In his latest ‘Class of 92’ diary, the Sky Sports football pundit said: “This is a critical stage of the season. Misses get scrutinised, and rightly so, but these are the games where he can silence his critics.”

Having praised Lukaku’s worth ethic after United laboured to a 1-0 win over Brighton last weekend, Mourinho was again full of glowing words for his forward on Friday afternoon.

“For me, the most important thing is team-work and he’s second-to-none in terms of giving everything he has to the team,” the Portuguese added.

Mourinho joked after their midweek 4-2 win at Watford that Lukaku “needs a big contract” with a boot company to get back to form. He is currently without a boot sponsor and appeared to colour over the Nike tick on his all-black boots at Vicarage Road.

“If he scores or doesn’t score, that’s not a problem. The boots were a joke, but there was a reaction by the brand which is good. But no problem, he’s phenomenal.”