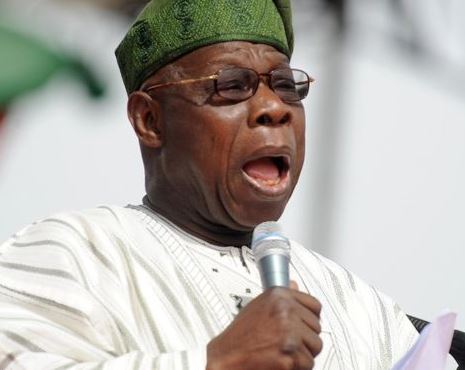 Former President, Olusegun Obasanjo has revealed that diabetes only kills those who are careless about its treatment. He spoke in Abeokuta when he led hundreds of people on a road walk to sensitize the masses on the disease and how to manage it.

The road walk was organized by the South West Zone of the Diabetes Association of Nigeria (DAN) in collaboration with the Olusegun Obasanjo Presidential Library (OOPL), to mark the 2017 World Diabetes Day.

The two-kilometre walk which began at the OOPL passed through MKO Abiola Way with 15 minutes stop-over at the premises of Sunny Yinka Oil before terminating at the take-off point. The former president was joined on the walk by the Oluwo of Iwoland, Oba Abdulrasheed Akanbi, Commissioner for Health in Ogun, Babatunde Ipaye, and Chief Executive Officer of the Olusegun Obasanjo Foundation, Olalekan Makinde

He continued to say, ‘what is necessary is the management of diabetes. Some people said some diseases are incurable but diabetes is manageable and compliant. My headmaster in primary school was diagnosed at the age of 50 and died at age 85; you will agree with me that he tried. What to do is that if you’re diabetic don’t be nonchalant about it and don’t eat carelessly. Three things are important, the food you eat, regular exercise and prescribed medication, those are the three most important things.”

“You can be diabetic and still live till 100. I don’t know when I will die but I am above 80 and many youths could not catch up with my pace during the exercise this morning. Many of them were running after me. This is my message. Whether you’re diabetic or you have a family or friend who is diabetic; diabetes is not a killer disease or it should not be a killer disease unless you are careless,” Obasanjo added.