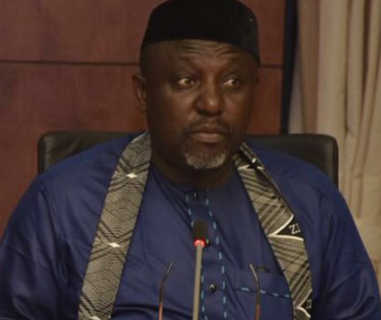 Imo state governor, Rochas Okorocha was meant to present the state 2018 budget to the members of the state House of Assembly yesterday, November 28th. He however released a statement announcing that the presentation has been postponed. In a statement released by his Chief Press Secretary, Sam Onwuemeudo, Okorocha said he postponed the presentation after he discovered disturbing discrepancies in the speech he was meant to read to the lawmakers. The state in part reads

‘’With utmost regret, we wish to inform the public that the announced presentation of the 2018 budget to the Imo State House of Assembly by the governor, Owelle Rochas Okorocha, fixed for Tuesday, November 28, 2017 could no longer hold, owing largely to disturbing discrepancies discovered in the budget speech. A new date for the budget presentation will, as usual, be made public.‘’We regret this development.  And we appeal to all those concerned with the exercise to bear with us. Once again, we regret the development.’’ he said