Last week, teen actress Regina Daniels was accused of blackmailing fellow teenager, Frances, to sleep with a movie producer, otherwise her nude photos will be leaked.

There has been a lot of back and forth on the case and the last we heard, a Regina Daniels impersonator, who has been using fake accounts to perpetrate the crimes, was caught and arrested, and Amanda Chisom who sounded the blackmail alarm was wanted by the police.

Nonso Chukwudebe, the lawyer who Amanda Chisom contacted to help make sure Frances’ nude was not leaked has now given the final word on the case.

Read the statement he sent to Linda Ikeji’s Blog below.

I spent the best part of yesterday at the Delta state commissioner of police’s office where I accompanied Frances ( the victim) and her mum to go tender a petition. The mum happens to be a relative and I had to do what I had to do.

After tendering the petition in the commissioners office, Regina’s mum came in and a meeting was held by all parties involved.

The mum was naturally angry and told their side of the story which basically said the mastermind behind the blackmail ring and his accomplices were currently under custody.

When I was given an opportunity to speak, I told the house that this issue would not have gotten to this stage if the warning letter sent to Regina’s VERIFIED INSTAGRAM account had not found its way to the hands of the blackmailing numbers. 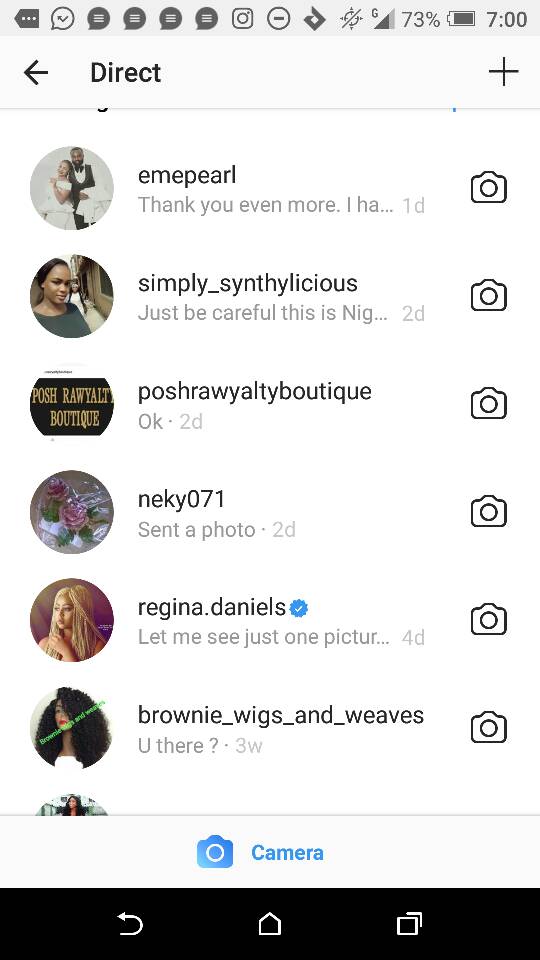 I told them that it was on the basis of that letter finding its way into the hands of those blackmailing numbers that we were emboldened to alert Nigerians to what was going on in order to forestall the release of the teenage victims nudes.

I can categorically tell you that nothing like arresting Amanda Chisom was raised though the mum was visibly angry at the turn of events.

After a very long deliberation, we reconciled in order to confront our common enemy who had almost succeeded in driving a wedge between us.

The petition was received and duly stamped and would stand as a basis for further investigations to unravel the many unanswered questions. 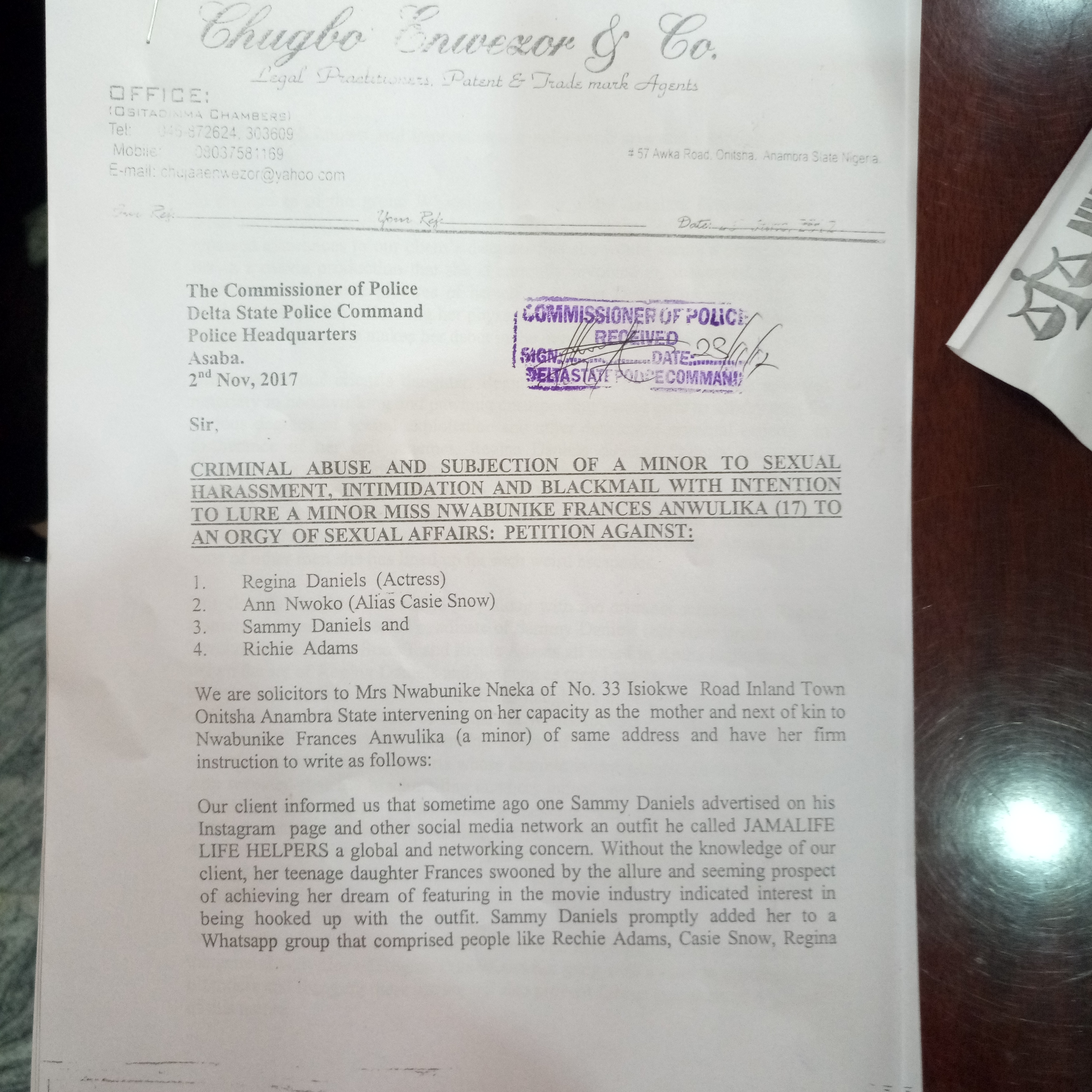 I can tell you that Frances and Regina met yesterday and all was reconciled.

No mother would be happy seeing her daughters name splashed all over the news but also remember that Frances was given a time frame to do the so-called needful unless her nudes would be everywhere.

It was the need to stop this from happening and seeing that a direct message sent to Regina’s VERIFIED Instagram account found its way into the hands of the blackmailers that necessitated our breaking the news to forestall it from happening.

We are dealing with a highly sophisticated blackmail ring and the police are best equipped to untie every knotty ends.

At the end of the day, parents need to take more than a passing glance on what their wards do on social media for I can tell you for free that God saved Frances from Evil. 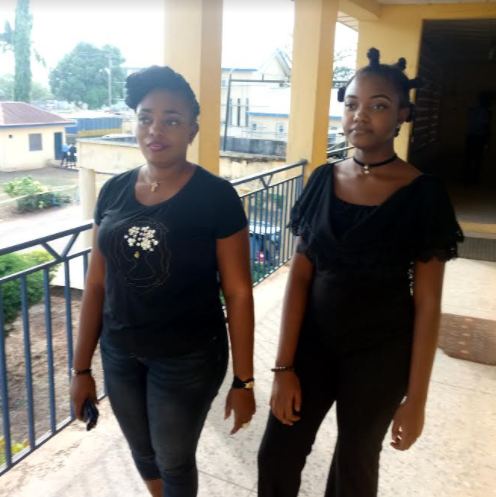 The horde of people trading blames should take the real lessons from this unfortunate incident.

1. A real case of blackmail against a minor was established.

2. Somebody aided in bringing this case to the front burner ( Amanda Chisom)

3. Culprits have been apprehended and will face Justice.

4. The police are working assiduously to get to the very root of this matter.

5.People are now more aware of the dangers inherent in exposing minors to the many Evils lurking in social media

6. The culprits are to blame for driving a wedge between parties who ordinarily are both victims.

Amanda Chisom made this happen and Nigerians should be grateful to her.

Finally, I met Regina Daniels on set yesterday and her professionalism shone like a million stars.

It was hard to know that this sixteen year old shy actress had just been the victim of a most callous blackmailing ring using her name to extort others.

The story about Amanda Chisom being declared wanted by the police was released in a fit of celebratory anger but I can tell you for free that it is not true.

We said we’d love to know how Amanda’s message to her verified Instagram account found its way into the hands of those evil men but we are confident that the police is strongly on top of their game.

I want to thank all those who followed this up and must salute Regina’s mum, Rita Daniels for joining hands in resolving this issue.

Again I urge us, please monitor what your teenage wards do on social media for they are exposed to a lot of danger masquerading as the cleanest thing since Angel Gabriel’s wings!

Thank you and may God bless and protect our kids from the rampaging onslaught of evil men on social media.