Odekunle, who served under the administration of Governor Akinwunmi Ambode’s the Ex-Governor of Lagos state, was being treated at the Onikan Isolation Centre, where he died on Saturday.

Confirming his death, The Special Adviser to the President on Political Matters, Babafemi Ojudu, took to his Facebook account to pay tribute to him.

“May his soul Rest In Peace.”

Prior to his death, Odekunle worked as Sales Director at Ceragon Networks.

He was also the Chief Marketing Officer at Nera Microwave before his appointment as LASMIRA boss.

He was also the Bobagunwa of Egbaland until his unfortunate demise. 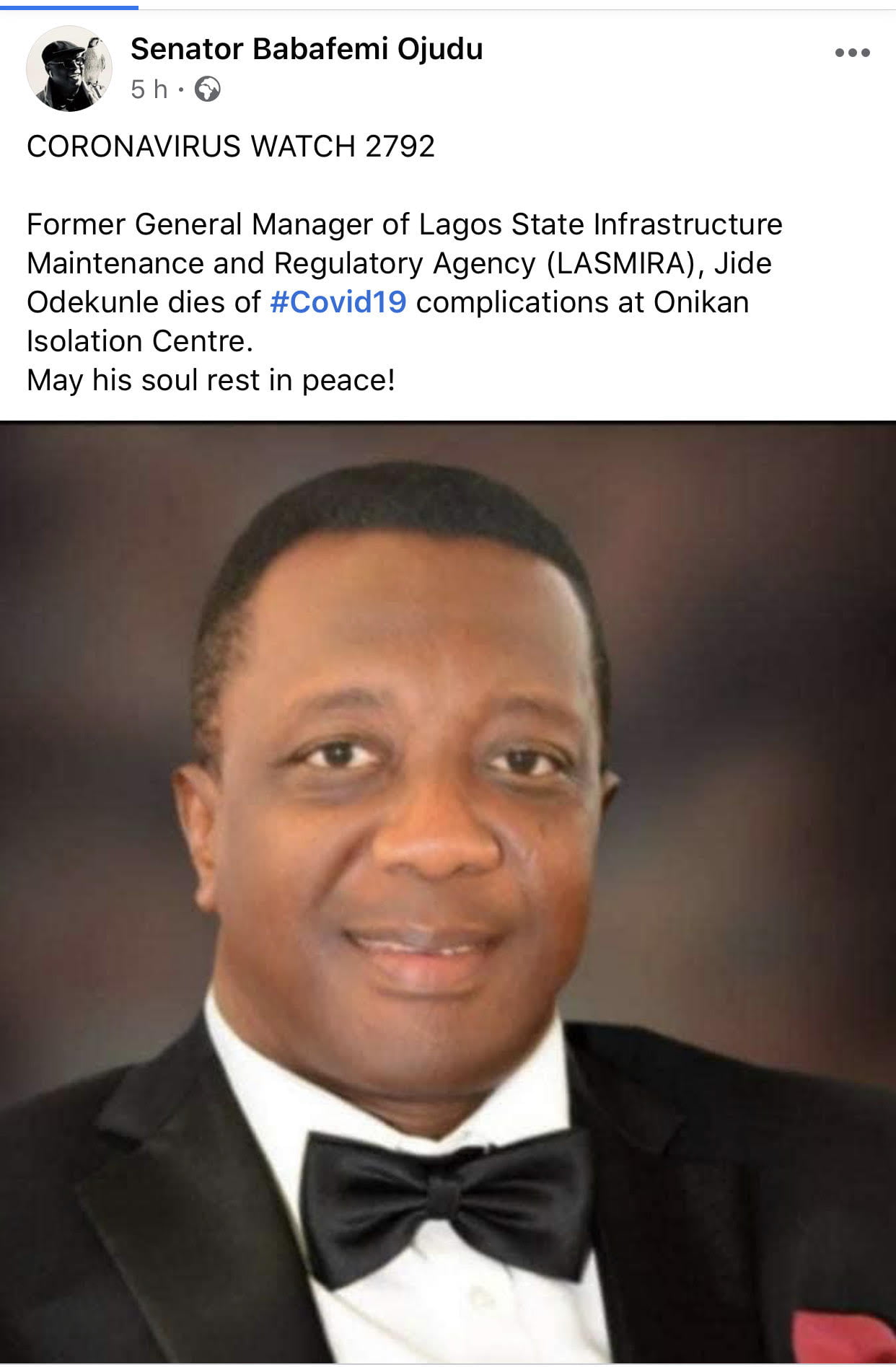 Donald Trump has raised more than $170 million since Election Day...

prince - December 2, 2020
0
US leader, Donald Trump has raised more than $170 million since Election Day from his supporters by pushing allegations that the...