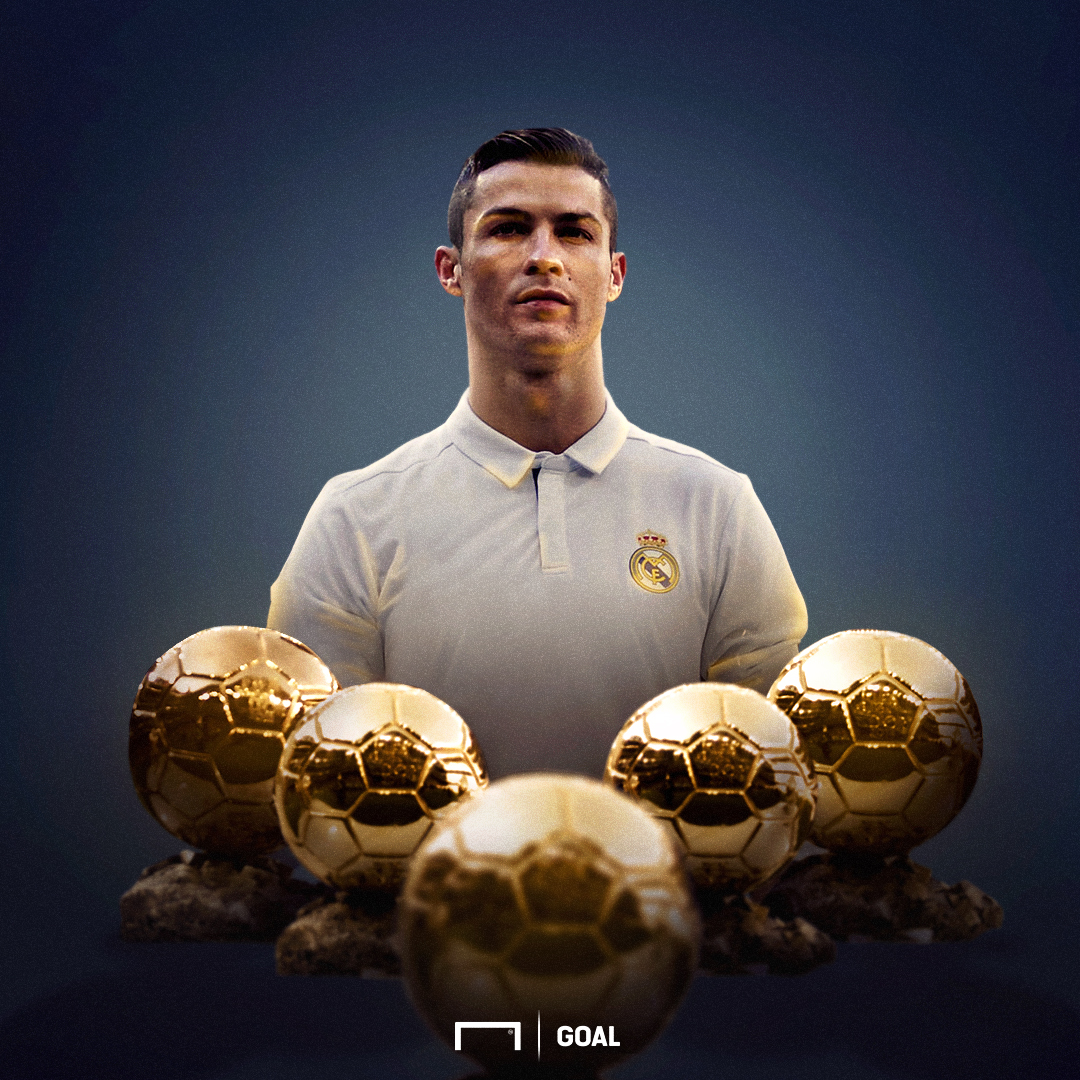 It is the fifth time the Portugal international has won the prize, drawing him level with his great rival Lionel Messi for the most Ballons d’Or of all time.

Ronaldo scored 42 goals across all competitions during the 2016-17 season, leading Real Madrid to a La Liga and Champions League double.

The 32-year-old netted 25 times in La Liga last term and added 12 goals in the Champions League, including a brace in the final against Juventus.

“I’m very happy. To get this prize in Paris is a great experience, it’s marvelous,” Ronaldo told L’Equipe TV.

“It’s a great moment of my career. It’s something I wish I have every year. We had a marvelous year. I was the [top] goalscorer of the Champions League, so I want to thank my team-mates.

“They were important for me. And also thanks everybody who helped me to be in great form during the season.”

It’s the second straight year Ronaldo has won the award presented by France Football, and he was also named the Best FIFA Men’s Player of 2016-17 in October.

FIFA formerly awarded the Ballon d’Or in conjunction with France Football, but the two entities split their prizes last year.

Ronaldo has picked up where he left off last season in this year’s Champions League, scoring in all six of Madrid’s group-stage matches – a feat that had never been accomplished before .