Holders Real face a difficult task in the form of the French giants, while Jose Mourinho’s side must travel to Spain

Manchester United have been drawn against Sevilla in the last 16 of the Champions League, while Real Madrid must overcome Paris Saint-Germain if they are to defend their title.

As group winners, both United and PSG will be away in the first-leg matches, which are due to be played in February and they will host the second-leg games in March.

The draw, which took place at UEFA headquarters on Monday, also paired Liverpool with Porto and Manchester City with Basel.

Tottenham must travel to Italy after being drawn against Juventus, while Roma face Shakhtar Donetsk. 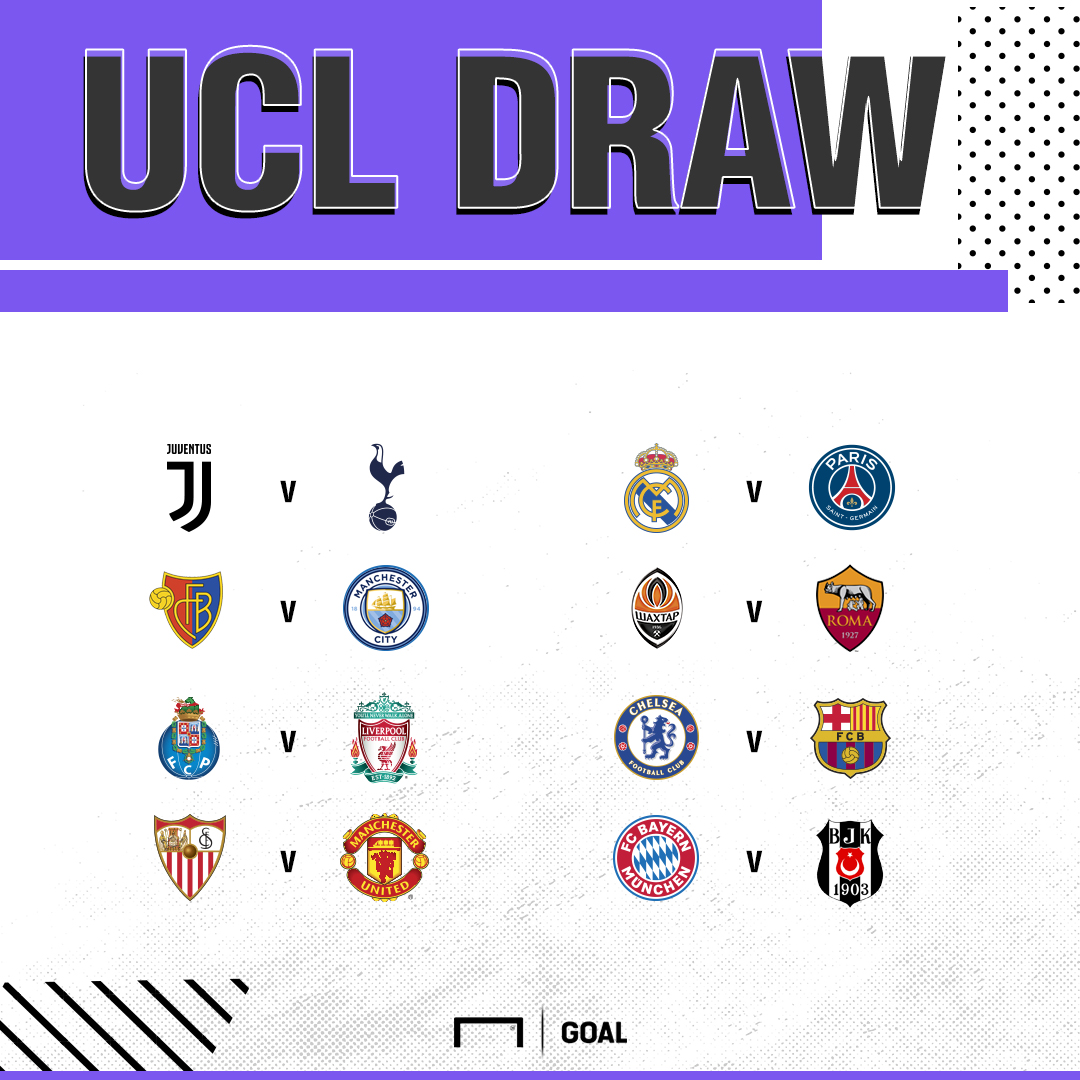 Chelsea, meanwhile, face a daunting task after they were handed a tie against Barcelona. Bayern Munich, meanwhile, will take on Turkish giants Besiktas.

All seeded group winners will play away in the first legs before hosting the second legs at home.

Tottenham take on Juventus in Turin and Basel host Manchester City in the first of the last-16 first-leg games on February 13, with the second legs scheduled for March 7

On Valentine’s Day, Porto host Liverpool and Real Madrid welcome PSG to the Bernabeu, with the second legs set for March 6.

The second batch of last-16 first-legs gets under way on February 20, with Chelsea taking on familiar foes Barca at Stamford Bridge, while Bayern host Besiktas in Munich. The second legs for those ties take place on March 14.

Man United travel to Spain to play Sevilla on February 21, while Roma make the trip to Ukraine to face Shakhtar. The return legs will then be played on March 13.