Great Fans of Flavour, Multi-talented singer and waist dancer, Flavour releases his highly anticipated album titled “Flavour Of Africa“. This coming in after a long while off the music scene and the last music effort he had with singer Chidinma on their joint EP – 40Yrs.

Chinedu Okoli (born 23 November 1983), better known by his stage name Flavour N’abania or simply Flavour, is a Nigerian singer, songwriter and multi-instrumentalist. He began his musical career as a drummer for a local church. Flavour is popularly known across Africa and the world for his hit song “Nwa Baby (Ashawo Remix)”. He is currently signed to 2nite Entertainment.

In 2005, he released his self-titled debut album N’abania. In 2010, Flavour released his second studio album Uplifted. It was supported by the singles “Nwa Baby (Ashawo Remix)”, “Adamma”, and “Oyi Remix”. The album’s success made Flavour one of Africa’s most sought out artists. In 2012 he released ‘Blessed’ Album and in 2017 another impressive album titled ‘Ijele’ (The Traveler). 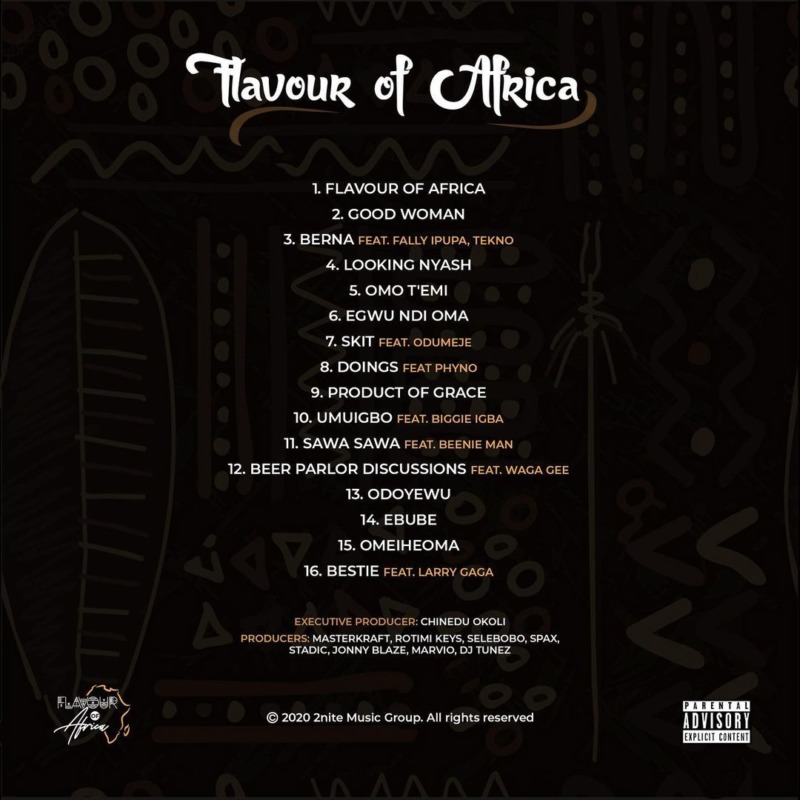 The Album opens with a song which introduces him as the Flavor, Spice of Africa before proceeding to share that he who findeth a good wife has gotten a good thing and obtained favour/blessings from the Lord. On the second track Flavour talks about the essence of having a Good Woman and taking proper care of her, holding her tight without losing God’s blessings. Women are confident and risk their all for the ones they love and whoever cherishes them.

This album comprises of the Afrobeat, R’n’B, Afro-Hi-life and Afropop sound which got productions from Masterkraft, Selebobo, Spax, Marvio, DJ Tunez and others. Flavour who sings fluently in Igbo switches between Igbo, English and Yoruba on this music project.

Listen and Enjoy ‘Flavour Of Africa’ The Album

Music: Asake – Peace Be Unto You (PBUY)